'There She Goes Again, Unnatural Annihilation' was accepted for the “Inspired By... Celebrating Illinois Women Artists and Artisans” group exhibition, scheduled for August 24 to September 27, 2012 at Woman Made Gallery. Opening reception Friday, August 24, 6-9p 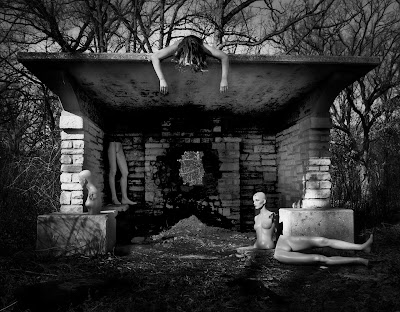 Posted by Jennifer Moore at 2:38 PM No comments:

Join me Friday, June 15, 7-10pm at the Zhou B Art Center in Chicago (1029 W. 35th St.) for the opening of Facemask, the 8th annual Self Portrait Exhibition curated by Sergio Gomez.


Blasphemy Rules the World in White Dresses will be on display in the exhibit. 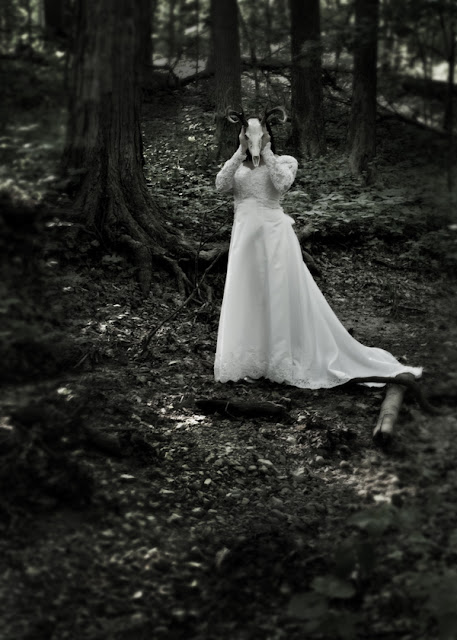 Posted by Jennifer Moore at 5:59 PM No comments:

Self Portrait with Past will be on display at Flow Art Space in Minneapolis, MN. Show runs August 8 - August 25. Opening reception, Thursday, August 9, 6-9pm 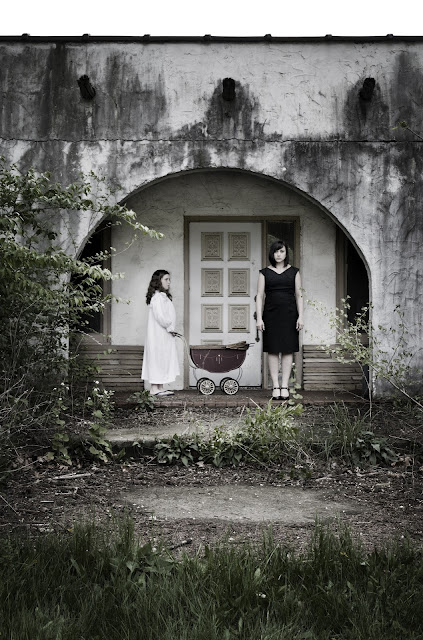 Self Portrait with Past is part of a series of images that was inspired, in part, by photographer, Anne Brigman, whose images explored the idea of ecofeminism. Brigman’s work, which was unconventional for the time (1890’s), depicted nude women as mother earth or fairy-like creatures dramatically posed in a natural landscape. Brigman’s work suggested bohemianism and female liberation and was heavily influenced by the connection between women and the earth. It was Brigman’s sole concern to depict the oneness of woman and nature.

Very much like Brigman, my images do play on the connection between women and the earth. But, while Brigman’s images depicted a mythological or dream-like fairytale in a hopeful manner, my work examines the darker side that the devaluation of women and nature produce. My work chooses to face the issue of duel degradation head-on, offering viewers a darker twist of past, present and future.

Posted by Jennifer Moore at 4:53 AM No comments:

My work, Blasphemy Rules the World in White Dresses will be showing in the 8th Annual Self Portrait Exhibit at the Zhou B. Art Center in Chicago. The exhibit, is curated by Sergio Gomez of 33 Contemporary Gallery and runs June 15 - August 11, 2011. Opening reception: June 15. 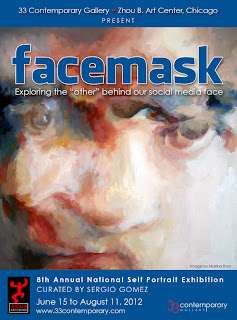 Posted by Jennifer Moore at 7:43 AM No comments: