A New Medium Calls For a New Interpretation


Traditionally, Exquisite Corpse "explores the mystique of accident" and "a kind of collective collage of words or images called the cadavre exquis (exquisite corpse)." The exercise was based on an old parlor game played by several people, each of whom would write a phrase on a sheet of paper, fold the paper to conceal part of it, and pass it on to the next player for his contribution.

But I'm not traditional. Or a rule follower...no, I'm not.

When the artists in my group were chosen for this exhibition, we were told that we could interpret the Exquisite Corpse process any way we wanted. Collectively we interpreted the process slightly different than the traditional approach: We decided that each of us would start a photograph and pass it on to the next artist for an addition. No parts of the image would be covered as they were traditionally. We also decided that anything would go…as long as the base of the photograph remained the same.

After our first exchange, I had grand ideas of tactile additions such as sewing and using alternative (for a photographer) materials such as lace and fabric. When the first piece was handed over to me, however, I decided the best way to attack it (but not hurt it!) would be to use my old pal, Photoshop. This I did in the second addition to Carrie McGath's Mary and Feet images. See progression pictured below. 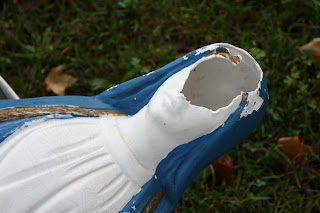 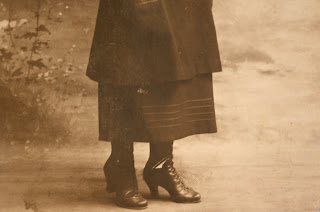 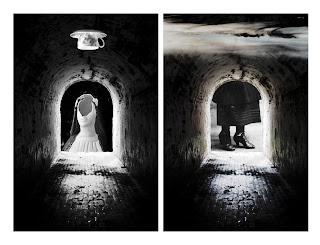 Carrie's original images with my additions
Photoshop was also my go-to for the third addition to our Exquisite Corpse that I've titled (but haven't yet consulted with the other two artists), I Am. See below. 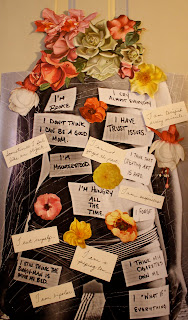 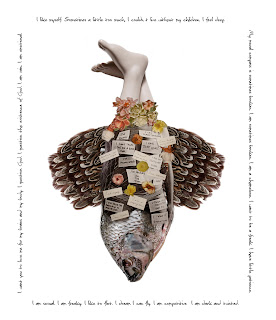 The final piece with my additions
The third piece (the one that started with my photograph) is troubling me though....check the progression below.... 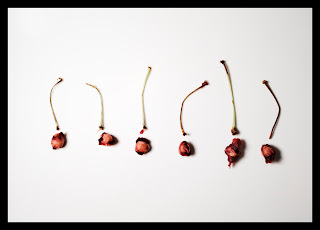 The first image that I provided, Pit Pit, Bang Bang

The image after Brittany's addition/subtraction and Carrie's addition 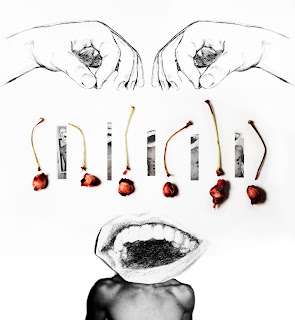 The image after I got it back and reworked it; I incorporated my original image back into the piece, but kept parts/most of the additions by Carrie and Brittany in tact.

Posted by Jennifer Moore at 8:58 AM